Caoimhin Agyarko: The Irish boxer on being a role model and aiming for a ‘breakthrough year’ in 2022

For Irish boxer Caoimhin Agyarko, 2022 is a year of opportunity.

Agyarko, 25, defends his WBA international middleweight title for the first time against Mexican Juan Rubio during Leigh Wood’s undercard against Mick Conlan on Saturday in Nottingham.

This will be Agyarko’s first experience as the defending champion which he believes could change things in the ring.

“There are going to be a lot of middleweights who want to take that title away from me. But in terms of mindset, it doesn’t change anything for me.

“It’s just a step towards being the first black Irish world champion. It’s just more motivation to train harder because I want more titles, I want them all.”

Agyarko’s fight against Rubio – who has 18 wins to his name and just one loss – is just the start of what should be a big year for the middleweight fighter.

“I feel like it’s finally all coming together. I’m with a new management team, a new promoter, I’ve won my first title and I’m still undefeated,” he said.

“I feel like 2022 is going to be my breakout year. It’s just about going out there and setting the stage.

“As long as they keep putting the right fighters in front of me, I’ll keep knocking them down. The plan is to headline the big shows late this year, or early next, back in Belfast.”

“I can create a bit of history”

Agyarko has come a long way since the night in Belfast he nearly lost his life. He was only 20 when he attacked by a group of men.

The next thing he knew was that he was waking up in a hospital bed with a gash on the side of his face and neck that could have ended his life.

“It was a really tough time in my career and I hit the lowest low. One inch lower and I would have bled in 12 seconds. It could have been one of those if I had taken the wrong road, but luckily I didn’t,” he said. 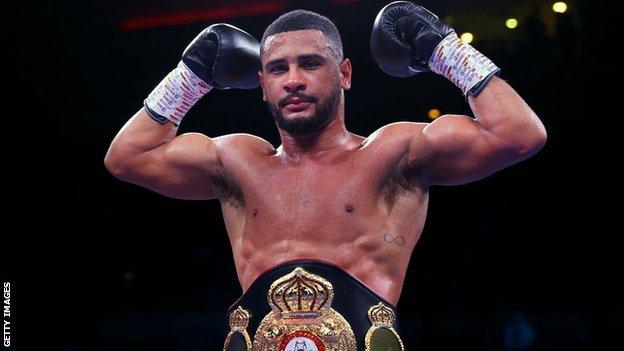 Agyarko has recovered and is 10-0 as a professional boxer with ambitions to become Ireland’s first black world champion.

“I understand that I can create a bit of history there,” he said. “I believe I can be that guy and I won’t stop until I get there.

“I am incredibly proud of what I have achieved since 2017 and I intend to achieve greater things like becoming Ireland’s first black world champion.”

For a long time Northern Ireland boxers have been a catalyst for connecting people. Support from the likes of Carl Frampton, Paddy Barnes and Saturday’s world title contender Conlan cuts across Protestant and Catholic communities, and Agyarko hopes he can benefit from that support, while also being a role model for people of a variety other backgrounds.

“With my history of being stabbed, being a black Irishman who left Ireland, I’m not your typical boxer,” he said. “I feel like I can inspire the next generation and kids from different backgrounds to achieve great things.”